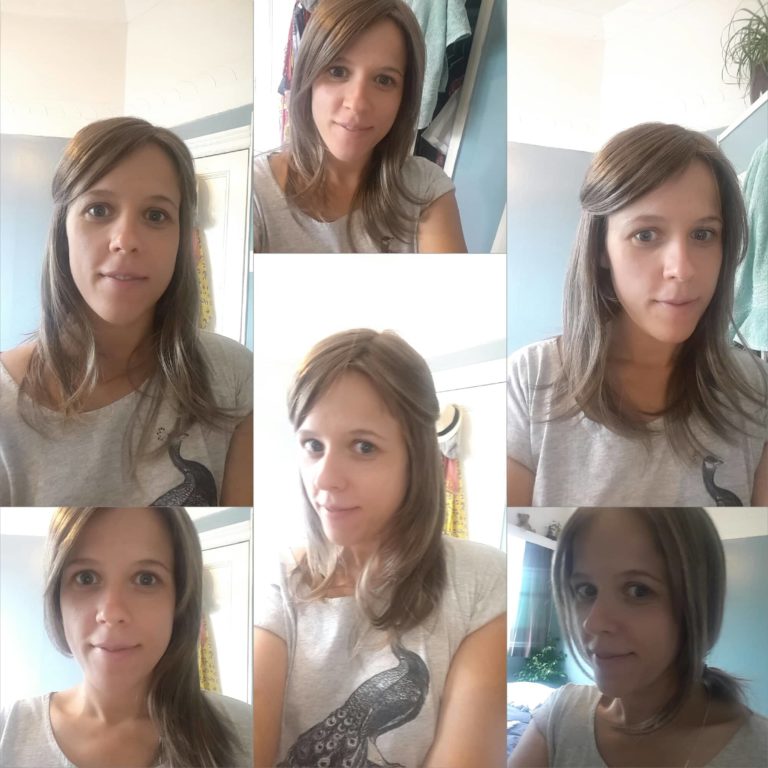 A Visit to the Wig Shop

At first I didn’t think losing my hair would bother me so much. I didn’t like the style all that much anyhow and had been fed up with it for a while. I actually saw this as a good opportunity to experiment and cut it from straight and long to a bob with a fringe. Why not? But then when I went to see a lady about a wig it all became a bit too real. I was nervous about going to see this woman, I’d never expected to be in this position before yet here I was, nervous and worried that I’d look ridiculous in a wig.

We’re lucky here in New Zealand as the Ministry of Health pays $400 towards your wig, a good thing too as mine was $800 in total. They don’t come cheap! I heard that in the UK you’re only entitled to 80 pounds which I appreciate is better than nothing but still doesn’t seem like much.

I had my wig consultation with Leigh from Image Works and I couldn’t recommend her enough. She has a studio in her beautiful home in Northland, Wellington. She invited me in and made an entire pot of English breakfast tea just for me and we sat on the balcony enjoying the view of the ocean and chatting away. About an hour had gone by before we even got onto hair. It all felt so natural that I’d completely forgotten about being nervous, it also felt nice to sit and chat and forget about cancer for a while.

We tried on many wigs and stopped at the wig I felt the most myself in. She gave me lots of good tips. Don’t get stuff out of the oven with your wig on (massive singe risk!), give your wig a name so that when you’re out with your partner you can discreetly ask how she’s doing (in case you need to go to the bathroom and re-adjust). Leigh made light of the situation without avoiding it. She spoke frankly about cancer but her positive disposition made the entire thing easier to deal with.
I left with a wig, a headband, two hats and a wig stand and I felt much more prepared.

I will admit that once it was in the paper bag in the boot of my car I left it there for a couple of days a little freaked out about trying it on in front of other people. I was reluctant at first but after a night of wine and scrabble with my boyfriend and a good friend of ours out she came. At first I felt ridiculous, as if it was clearly fake but the reaction I got from my friends made me feel more comfortable. When my boyfriend put it on I realised how natural it looked even on a man and that made me feel much better.

We decided to call her Rachel.

4 thoughts on “Off to the Wig Shop”

4 thoughts on “Off to the Wig Shop”