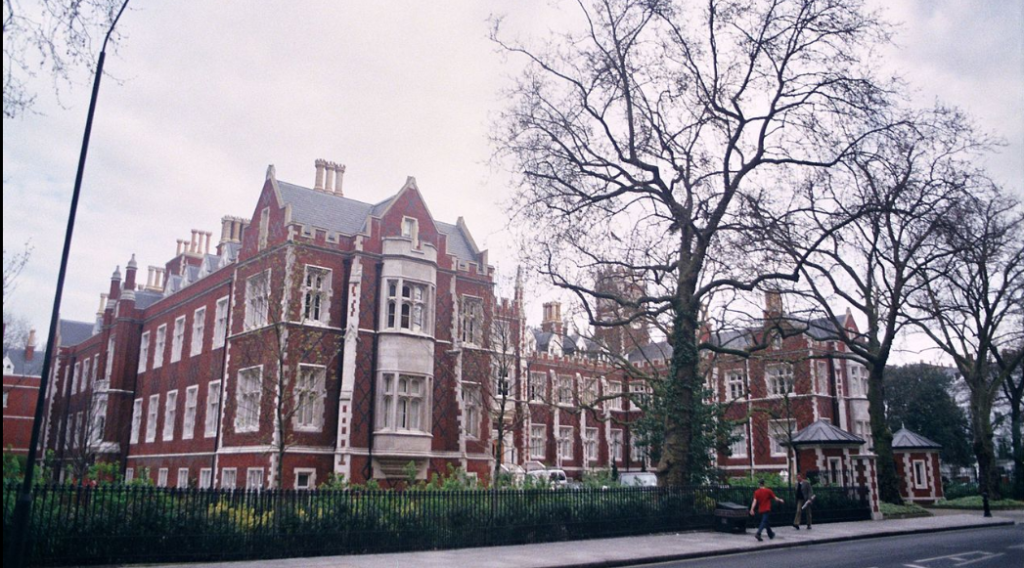 My trip to the Royal Marsden Hospital seems like a lifetime ago now but for some reason I haven’t been in the right frame of mind to sit down and blog about it. I think it’s because I wanted a holiday from cancer for a while and in some ways I managed it. I didn’t have a single blood test or scan for two whole months, that’s kind of a record for me.

Of course no good holiday is complete without a trip to the hospital.  This time I wasn’t undergoing any tests or treatment though, instead I was seeking a second opinion. Another point of view.

I walked from South Kensington Station and onto Fulham Road but stopped in my tracks when I saw the size of the place. The Marsden is three times as big as Wellington hospital a small slice of which is dedicated to cancer. This stands to reason when you consider the 8.1 million people living in London compared to Wellingtons much smaller population of 418,000.

The Royal Marsden was the world’s first hospital to be dedicated purely to cancer diagnosis, treatment and research. It was established in 1851 and the building looks almost gothic. When you walk through the corridors there’s a sense of history in the air, like when you go to an old church or museum. Only tainted with that vague hospital smell of antiseptic and school canteen food.

I waited at reception for the nurse to call me but she never came. Instead I was approached by a member of the eligibility team who told me I’m no longer entitled to NHS funding. Apparently this is the case for any Brit who lives overseas (in a non-EU country) for more than 6 months.

The news took me by surprise, as a UK citizen who’s paid tax for most of her adult life I’d taken my eligibility for granted. After all everyone else in Europe seems to be covered. In the end I paid a £480 ($938 NZD) deposit and went ahead with the appointment which, as it transpired, was worth every penny.

With the eligibility gatekeeper out of the way I made my way back to the waiting area where the lead oncologist for gynaecological cancers greeted me merrily. She seemed genuinely interested to meet me. “Jonathan has written a very thorough referral” she said, “He always was one of my best students!” Fancy that. I’d had no idea she knew my NZ oncologist personally.

I was nervous about meeting a new doctor but she left no time for awkwardness. Launching straight into my case she diagnosed me with stage 4, low-grade, ovarian serous carcinoma. There’d been so much indecision around my diagnoses up until this point but she spoke with such refreshing conviction that I couldn’t help but bask in the certainty of her words.

Serous carcinoma is a rare form of ovarian cancer that typically effects woman in their 20’s-30’s and is less aggressive than some other forms of cancer, mine sits at the mid-range level which means it’s not moving at a snail’s pace but it’s not about to tear  through my body either.

She told me that some of the other women under her care have kept their cancer growth stable with Tamoxifen for years, rather than weeks or months. These words were a true comfort to me.

Medical professionals usually avoid the subject of life expectancy because there are no guarantees. But being told I could live for 5 years or more has changed the way I look at life. I give myself permission to make plans now and look forward to things. A luxury I didn’t feel I could afford before.

We talked about chemotherapy and why it hadn’t worked, she told me success rates prove higher when the Paclitaxel is administered at a lower dosage and for a longer length of time. She told me about other treatment options; hormonal therapies, genomic profiling and targeted therapies. My head was reeling with all the information. A full hour of non-stop education.

She wrapped up the appointment by assuring me that she’d include this information in her report, which put my mind at ease. Usually my boyfriend attends these appointments and it was hard enough for my brain to compute, let alone remember all the information.

If I ever decide to move back to the UK permanently I’ll be taken under her care, she even offered to consult with my oncologist in NZ throughout treatment. I can’t believe my luck. Now I have two fantastic oncologists fighting my corner from opposite sides of the world.

I got so much more out of that appointment than I’d ever anticipated. Another cancer specialist to liaise with, a wealth of knowledge and a clear diagnosis. Primarily though I left that building with a new outlook on life. An outlook that comes with the promise of more time.